Why Was the Free TV License Scrapped? – Who Was to Blame? – Explored by The Aerial Man 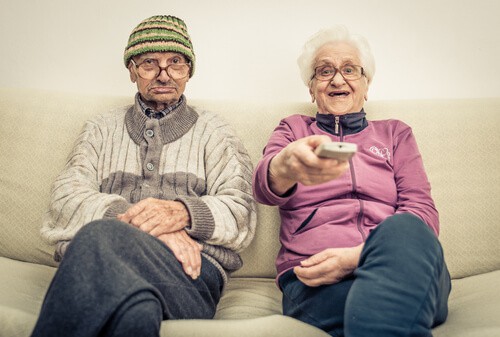 Another controversial story that hit the news and media outlets this month was the announcement by the BBC to scrap free television licenses for the over 75s. The move sparked outrage across the nation and as of writing, Age UK’s petition to save TV for older people has over 580,000 signatures. The irony was not lost on some who were quick to criticise the BBC for conveying the news just a week after extensive coverage of the 75th anniversary of the D Day Landings.

It’s estimated that 3.7 million pensioners will be made to make contributions towards their TV License (with an estimated 1 million of these veterans) for the first time in 20 years. Although many are blaming the BBC, others argue that it’s not as simple as this and that the government and outdated aspects of the license are to blame.

Why Did the BBC Decide to Cut Free Licenses for Over 75s?

It cannot have been an easy decision for the BBC but why did they decide to scrap the license? The BBC said that it would cost them around £745m per year to keep up the scheme in its current form and their new proposal would only cost them £250m per year depending on the take-up of the new free licenses. In July 2015, the Conservative Government confirmed that the responsibility would fall upon the BBC to pay for free licenses for over 75s which is largely why it became unsustainable for them to subsidise the license.

Stat Salary Slash – Is This the Answer?

Many people were quick to criticise the salaries of BBC stars (which were released in full for the 2017-18 period to disclose the salaries of male vs female stars.) The BBC have said that they would only be able to raise £25m if they kept all salaries at a cap below £150,000. The total pay for talent on the BBC in the 2017-18 period was £148m. Senior manager pay cuts in a similar fashion would only save £5m.

Many have hailed it ridiculous that the government decided to make the BBC responsible for the payment of free TV licenses for the over 75s in 2020. It’s arguably impossible for them to be able to upkeep this cost and the fact that this policy was introduced by Gordon Brown & Labour in 2000 shows that the government has defaulted on their promise as well as the BBC.

‘Turning Their Backs on the Most Vulnerable People in Society’

For a group of people to impact with this proposition, the BBC couldn’t have picked anyone worse than the over 75s. Austerity has been a key focus point and arguably a taint for the reputation of the current government and this proposition goes one step further in many eyes in negatively impacting the most vulnerable in society.

The Government currently pays pension credit – a benefit system that consists of weekly payments to pensioners on low incomes. These pensioners will be able to claim their free TV license as the changes to the policy currently stand and this is paid to around 900,000 households currently. This could be around 1.5 million in 2020 which is still very far off the 3.7 million pensioners that are estimated to be affected. Millions of vulnerable, lonely and isolated pensioners are going to be affected by this change.

It’s apparent that the government has a hand in the reason as to why these changes are being introduced. The Conserative Manifesto in 2017 promised to maintain free licenses but how would the BBC realistically be able to continue the funding of TV licenses themselves. Two options are clear, either the government should take back the responsibility of subsidising the free TV licenses or a sort of system should be setup in which those that can afford the license can pay and those who must choose between their television or a warm meal be subsidised accordingly.

In the context of austerity, there are calls by many to force the government to take back the responsibilities of paying for the free TV license scheme. The BBC received the brunt of criticism but one would argue that the government definitely dodged a lot of the criticism and effectively ‘threw the BBC under the bus’ especially with their promises to maintain the free license and the nature of cuts that had been carried out.

What is the Future of the Television License? 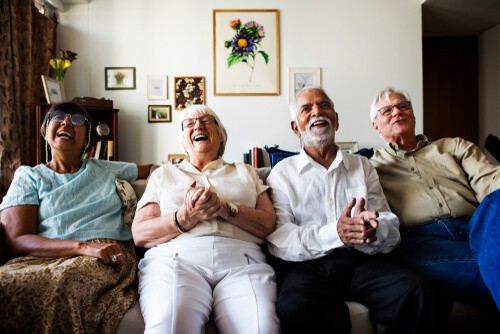 Could the TV license be scrapped entirely? This is another aspect that people consider but this would arguably worsen the issue. The main difference between the BBC and its competitors such as ITV? Advertising. One would argue that this is the only way to keep the subsidy going should the government refuse to pay and could also open up the opportunity to scrap the license altogether. With the viewership that the BBC obtains as well as the diverse range of programmes displayed – advertising seems to be the only viable route that will allow them to move away from the TV license or continue to fund free licensing for the over 75s.

The BBC has never adopted the advertising route and instead collects the TV license to fund its programmes and operations. This makes them appear impartial as they are not taking money to advertise other companies or services. Considering that the license was first introduced in 1946, there’s definitely scope for modernising or changing the license and as more and more people are familiar with advertising and marketing – it probably wouldn’t bother a lot of people to have adverts rather than having to pay their television license.

This is yet another story that has sparked a wide range of debate and emotion that relates to the world of television. It will be interesting to keep an eye on how this progresses and what progress can be made to save the free license but we will be keeping a close eye on this story as it progresses.