Freesat or Freeview: Which Should You Choose

The decision on which TV service to choose for yourself can get really confusing. You want to have great entertainment on your TV without having to pay much. When it comes to free TV, there are only 2 main choices: aerial or satellite TV. Both offer excellent TV services, but it is important to know how they differ, which one is best for you and what it will cost you.

This article explores the differences between Freesat and Freeview TV. This is greatly useful to help you make the right decision on which TV services to choose with minimal or affordable costs.

Freesat is a digital satellite TV service from BBC and ITV which offers more services than Freeview offers. Just like Freeview, there are no ongoing fees and you don’t have to sign any long contract but you have to install a dish to your home to receive a Freesat. This is best for those who have not been experiencing the best TV entertainment with Freeview. You also have to get a Freesat-top box, which can allow you to pause and rewind live TV or you will need to have a TV with built-in Freesat tuner, or PVR. This allows you to record programmes and save it on a built-in hard drive.

Freeview is the name of the UK’s digital TV service that is delivered to homes through an aerial. It is available on TV’s, set-top boxes, and PVR’s (personal video recorders). Freeview gives access to one of the most popular channels in the UK, and you only have to make a one-time payment. This is the best choice if you don’t have much to spend on TV subscriptions. Various broadband providers offer a Freeview service, and they will provide you with PVR which allows you to pause and rewind, and even to record live TV.

How Do They Work?

To pick up a satellite signal, satellite dishes are pointed in the same direction to give them a clear sight to the satellite orbiting in space. This gives one of the main advantages of satellite TV – it has a wide coverage. This means that even if you live in an area with bad aerial signal, you will still have access to a clear signal and a top-quality TV viewing experience.

To pick up an aerial signal, signals are sent from transmission towers that are located sporadically all over the UK to the antenna on your rooftop or a portable indoor antenna beside your television. You will get the best Freeview service with a rooftop aerial. Portable aerials are not so reliable, and they depend on where they are positioned relative to the transmitters. If you stay in a good area for Freeview, your TV should get it. But if you stay in a black spot where Freeview does not reach, you will need a Freesat TV. This is the main difference between Freesat and Freeview TV. Freesat gets signals from the satellite in outer space to your mini-dish, while Freeview gets signal from transmission towers to the antenna on your rooftop. 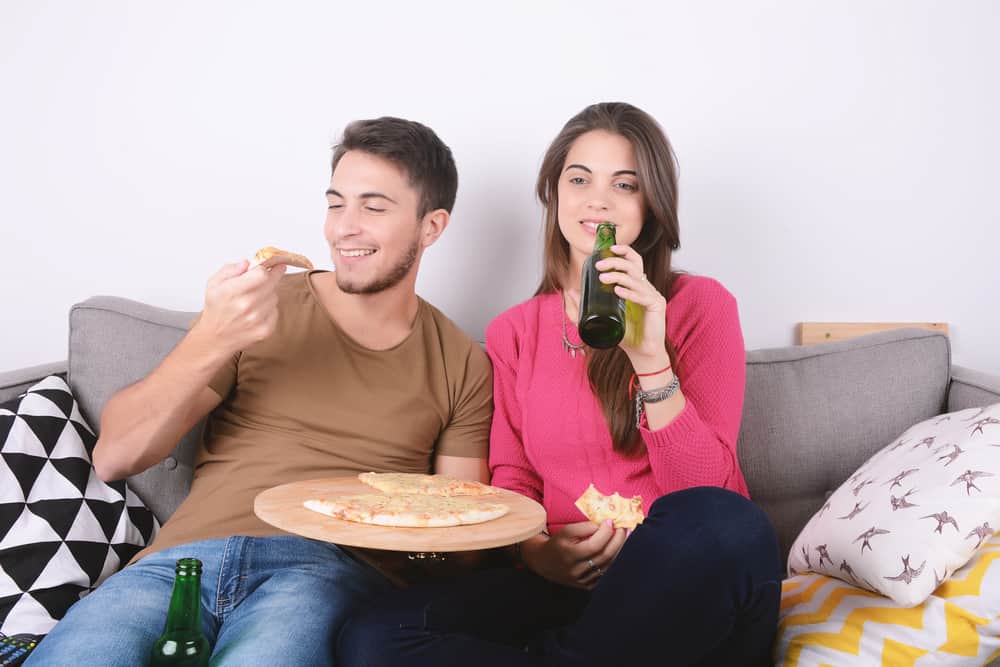 Freesat offers 100% coverage because of its satellite broadcast. Most new TVs today come with Freeview built-in standard and some HD TVs allow instant access to viewing HD content. Freeview has a restricted bandwidth when compared to satellite TV services, and most of its channels are not displayed in top quality.

Freesat gives you access to over 200 TV and radio channels including BBC One, BBC Two, ITV and Channel 5. Even though Freeview has a smaller number of channels than satellite TV, the majority of UK programmes are available on Freeview. It offers 70 standard definition channels, including BBC One, BBC Two, ITV, Channel 4 and Channel 5, and over 30 radio stations. All TVs made from 2010 have built-in Freeview capability. This means you have access to all Freeview channels without needing extra equipment. Freeview also offers 15 HD channels, including BBC One HD. Before you can receive Freeview HD channels, you need Freeview HD equipment. When channels are added or channel numbers are changed on satellite TV, the update is done automatically. While with an aerial tv, you have to manually search for new channels.

Both Freeview and Freesat offer most of the popular channels in the UK, with many in HD. A big difference is because of a dispute between Channel 4 and Freesat. It is not available in HD on Freesat. If you are a lover of Channel 4, Freeview is your best bet to enjoy the channel. Freeview is restricted to the number of channels they broadcast because not every area can receive them, but Freesat has a higher number of channels because they always count the regional variations such as BBC One London, BBC One South East, etc.

Freeview and Freesat offer catchup services which are designed to help customers catch up on their TVs. The Freeview catchup service is called Freeview play. This is a programme guide that lets users browse for upcoming programmes for the week and to go back to watch shows aired in the previous week if the TV is connected to the internet. For Freesat, theirs is called Freetime. Freetime was originally made for set-up boxes, but it is now being adopted by smart TVs.

The costs of both TV services must also be considered. Satellite dish installation is usually cheaper, but the cost of viewing equipment makes it more expensive. Freeview only requires a normal aerial TV or a digital TV.

Freeview box prices range from £40 to £179, depending on the features you want. If you would like to pause, record and rewind live TV and also enjoy HD viewing, you will have to pay more. But basic viewing for Freeview costs just £40. Apart from these, you will also need an aerial.

Freesat on the other hand is more expensive than Freeview, but it saves a lot of money in comparison with other satellite TV options. You will need to buy a set-top box with a price ranging from £50 to £269.99. If you prefer the recent recordable 4k TV box, price ranges from £199 to £269.99 depending on how many TV hours you would like to record. An alternative is to get a TV that has a Freesat or Freeview built-in, so you won’t need to get a set-top box. You will also need a satellite on your house to use Freesat, which is also an additional cost. Installation of a Freesat dish can cost around £80.

This article covers important differences between Freesat (satellite TV) and Freeview (aerial TV), and undoubtedly, it will help you make the best decision on which one to get for yourself.