Streaming vs Digital TV – The Debate 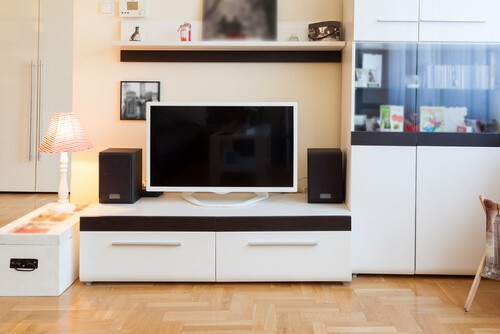 There is no doubt that streaming services are becoming more and more popular. With recent events such as Amazon Video purchasing rights to various Premier League Football games for £90m we are starting to see how much budget and power these various companies have to purchase or create extremely popular programmes or television shows. Netflix, for example, have a vast array of exclusively produced shows produced with funding by the company which has created a cult following of many shows produced by the platform.

This being said – free channels and programmes have always been a powerhouse – producing a hefty majority of the nation’s favourite programmes and events. Is there space in the market for both streaming and digital television or will streaming look to take the top spot ahead of digital TV? The Aerial Man investigates..

Changes in Viewing Habits – Will This Affect the Future of Entertainment?

There’s no doubt that faster internet speeds, smart technology and ease of use has made streaming much more prevalent – especially in recent years. The viewing habits of viewers has also shifted – especially with the younger demographic. Although there are catch-up services that exist on digital tv for example – the ability to view a programme whenever you want or to spend an evening or weekend watching an entire series is extremely attractive to younger generations. Watching the television used to be a social activity however with the on-the-go style of streaming – this has become extremely popular for a wide range of audiences.

Freeview is becoming a more and more popular alternative to subscription based services. This has also been in combination with streaming services as viewers are looking to save money. Due to the fact that viewers are able to enjoy their favourite free programmes as well as pick and choose from streaming services – this has become a very popular way to move across from a television subscription. This means that viewers have all the tools that they need to enjoy a range of free & streaming based programmes and shows.

With more recent Freeview top boxes & Smart TVs – streaming services are combined with  Freeview. This allows you to pick and choose between the free channels that are available on Freeview – catch up services that are available on free channels as well as preferred streaming channels. There is even the ability to pay for certain subscription based exclusive channels – allowing viewers to pick and choose depending on their viewing habits & preferences.

Are Streaming Services the Only Alternative That is Gaining Popularity?

Apart from streaming services that offer streaming services which then allow you to watch featured programmes – there are also free streaming platforms that hold a huge amount of market share for certain programmes. The viewing figures for YouTube for example in the UK rival that of subscription based streaming. Although YouTube viewing may be for music or for other content creators on the platform – this still shows a growing audience of viewers who want to view online at their convenience. With almost 5b videos watched daily on YouTube with 8/10 18-49 year olds estimated to use the platform – this is another huge player that entertains millions in the UK every day. With the ad revenues that YouTube also generates from content creators and featured pieces – as well as being owned by Google – this is another platform that could be a huge challenge to digital TV in the future.

Does the Popularity of Streaming Mean That Digital TV Will Become Less Popular?

With the introduction of 5G which we have discussed in a series of featured articles on this blog – this is set to massively change the way media and streaming will be available on compatible devices. This – along with innovations in smart technology is set to push streaming and other ways to view media online even further in popularity as the ease of use will make it extremely attractive to other demographics. Does this mean that digital TV will become less popular? Viewers often choose to combine free channels with paid subscription based streaming so one may not necessarily cause the decline of the other.

As we are seeing the combination of services – it’s hard to tell if streaming is going to be the most popular choice in the future. As the vast majority of the nation’s favourite programmes are shown on free channels – digital TV as well as satellite TV is likely to remain a powerhouse for years to come.

There is no doubt that the fierce competition between TV networks & streaming providers. This competition is likely to continue going into the next few years with 5G fast on the horizon with some areas already seeing the 5G rollout implemented. Who knows how this will affect streaming popularity in the future, especially compared to TV but we definitely know that these providers will be battling it out for a bigger share of the market going into the next decade. 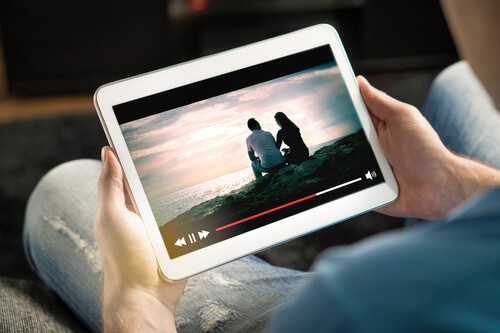 Streaming is already synonymous with the younger generation of viewers – who value the ability to watch their favourite programmes on their schedule. As other viewer demographics move across to streaming platforms – streaming is likely going to become a powerhouse in the next few years. That doesn’t stop the power of television however – with 95% of the nations’ favourite programmes being shown on free channels such as BBC or ITV. With these companies also mentioning that they are looking to move into the world of streaming, will TV move into the streaming sector or will both of these giants battle it out until one is victorious? Only time will tell and this will be an extremely interesting battle to watch unfold.

Freesat or Freeview: Which Should You Choose